The Battle of Philadelphia – 389 AD 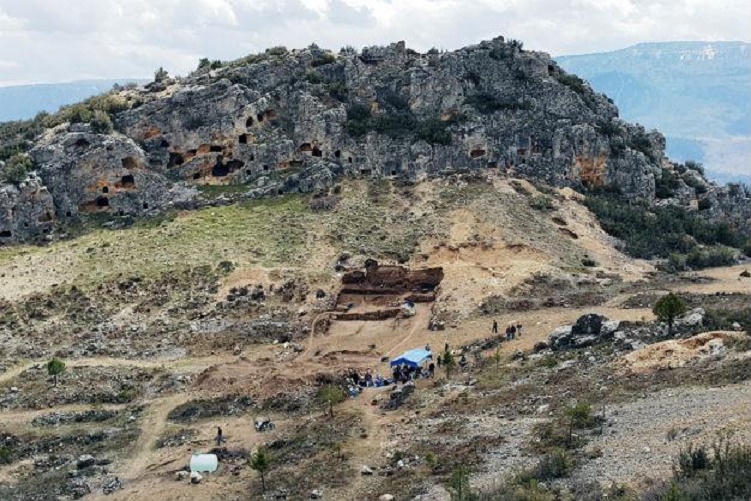 When in 324 AD Constantine managed to reunify the empire took up a deep reorganization of the Roman army, not only because during the years of tetrarchy the Roman army had been divided but especially for a severe demographic crisis due to the economic crisis that hit the Empire as early as the 3rd century AD. To solve recruitment problems gave the opportunity to the barbarians who had defeated to join the army of Rome. This opportunity meant for people living in survival conditions, a living wage, to live in urban structures and at the end of the service have arable land. Many warriors of the Germanic tribes enrolled in the Roman army.
The practice of recruiting contingents among the barbarous populations and then making them fight against other barbarians, often ethnically similar, created serious problems of observance of orders and then, Theodosius chose to move the contingents enlisted among the barbarians in the provinces farthest from the Danubian borders, especially in Egypt. The legions enlisted in the north of the Empire, completed the training, were sent to the east, and the path that they followed for the movement passed through Anatolia. The episode that occurred in 389 in Philadelphia made it clear how the Roman army had lost its compactness.
In Lydia the brother of Eumene king of Pergamus, Attalus II, also known as Philadelphos had founded in 140 A.C. a city that took its name from him, Philadelphia. The city was located in a strategic position on the border of Moesia, Lydia and Phrygia, and was one of the cities where it passed the road that Trajan had built to connect the territories of Arabia with Syria and with the port of Halicarnassus tracing the ancient caravan route by which the Nabataeans were traveling from Aqaba to the north.
Philadelfia stood at the foot of Mount Tmolos, in a fertile plain, renowned for its agricultural products and vineyards, but afflicted by earthquakes that had destroyed the city several times, the last occurred on 37 AD. The city maintained its importance during the late Empire and later in the Byzantine period, when it was called the Little Athens for the cultural vitality that accompanied its economic wealth.
Philadelphia was also an important center of primitive Christianity, also mentioned in the Book of the Apocalypse for the Letter to the Church of Philadelphia (the Basilica of St John in Philadelphia).
Syria was one of the most important Roman provinces, both because it was strategic from a territorial point of view, as Rome bordered on the Parthian kingdom, but also because it was the crossroads of important trade routes from which enormous economic revenues arrived; to protect his interests in that province since the time of Augustus there were allocated up to 5 legions - III Gallic, VI Ferrata, X Fretensis, XII Fulminata, IIII Scythica and XVI Flavia -.
Over the centuries, the province always maintained its importance and when Diocletian divided the Roman Empire, Syria now divided into as many as 5 provinces became part of the Diocese of East even if governed by a single propraetor. Philadelphia in the first century AD it was one of the few cities in Asia Minor who obtained the possibility of erecting a temple for imperial worship and was nevertheless supported by the emperors; Trajan in its territory there had allocated the Legio III Cyrenaica even.
Recent archaeological discoveries at the site where the ruins of the ancient city are to - more than 600 artifacts that were identified surgical instruments and the characteristics of the bodies found in the necropolis - led archaeologists to hypothesize that the city was home of an important medical facility and that the presence of soldiers from different legions could be linked to specific function of the place of treatment and rest for soldiers between a campaign of war and another.
In Philadelphia they met two groups of legionaries who were reaching their destinations, they were a legion of federates Goths with half Egypt and a legion, known as Legio Tebae, formed by soldiers of Egyptian origin, who were moving towards the north.
The episode could date back to 285-286 d.C. when Maximian, co-emperor with Diocletian, required the presence of the legion composed by Ethiopian and Nubian to stem the incursions of the Celtic tribes in Gaul, or even refer to 380 A.D. about when it was the emperor Theodosius who decided to "remix" the army moving in the East the Germanic legions that were growing too much in number and that in the northern territories had a lot of influence and rebellious tendencies ...