The waitresses of Colonna's Cafè 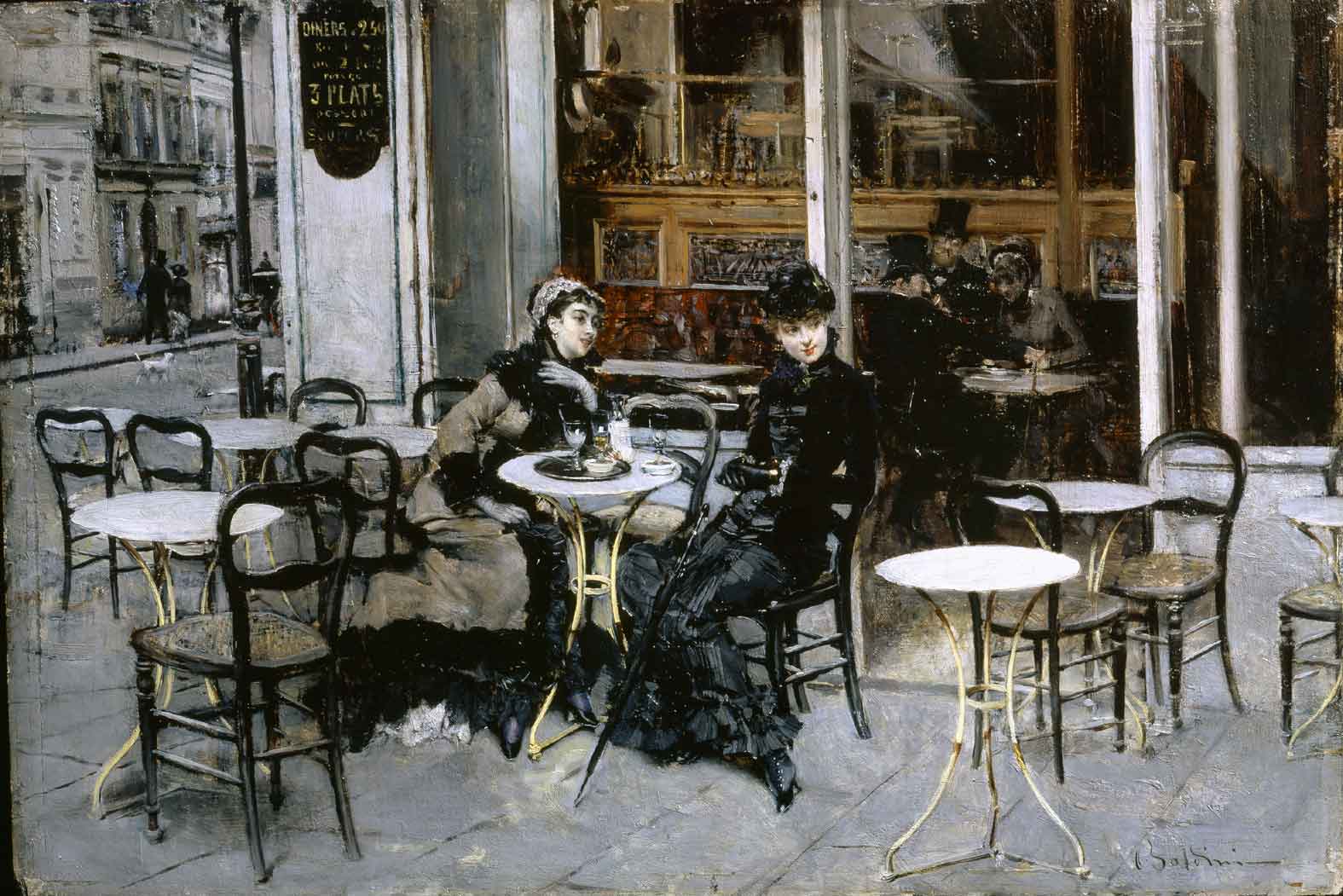 When Rome became the Capital of the Italy Kingdom, the city not only changed his face with new monuments, new streets and new buildings but also changed roman society and its habits.
In a climate of frenetic activity, a bourgeois class began to form, fueled by the thousand affairs in the shadow of the new state, which was formed by enterprising entrepreneurs and high-ranking ministry bureaucrats. These new wealthy came mainly from Northern Italy and so in Rome there were spread customs of feast and meeting that were previously unknown.
If until then the meeting places had been the private residences of the Roman nobles and the ecclesiastical owners of large mansions, the new aristocracy and upper middle class preferred to meet in open places because the houses were smaller and what mattered was "to be seen ".
The meeting place par excellence was Piazza Colonna, near the political center, and here the new Cafés were opened; their names were Ronzi and Singer with confectionery specializing in candied violets, the Caffè Cilliario that imported the Piedmontese vermouth habit in Rome, the Caffè del Giglio, the Caffè degli Specchi and the Caffè Colonna.
The "Caffè Colonna" had the outdoor tables arranged in the space in front of the box where the "Banda Musicale del Comune" conducted by Alessandro Vessella performed every Sunday. In the spring of 1876 the Caffè inaugurated the hot season with an "exciting" novelty: the tables were no longer used by bold young men but by pretty young ladies, in the manner of the "chellerine" of Vienna's cafes (C. Rendina, Storia insolita di Roma).
A few years had passed since 1865 when in Turin in the 114 breweries, the tables were served by 670 chellerine, all Turin girls, handsome and strictly blond. The Turin people went crazy and the breweries were always full ... of men and the indignation of the "ladies and young ladies" rose so much that they came to ask the then Subalpine Chamber to end the scandal. A decree was issued that obliged the breweries that had female staff to close. Closed as many as 109 breweries and those that remained saw the turnout collapse. In Rome things went differently; the new capital of the Kingdom of Italy was to be a city open to travelers and culture and thus the first vetoes of begun and provincial moralism began to fall.