Along the slopes of the Janiculum at the time of ancient Rome there were lucus and hortus and the area at the end of the 1st century B.C. was part of the Horti of Caesar; here was the suburban villa where Cleopatra spent her Roman stay. Probably, the first temple dedicated to oriental divinities was built for her and above that was erected, in the fourth century AD, the one of which testimonies were found about a century ago during some works.
The area remained outside the city throughout the Middle Ages and in the Renaissance it had become a vineyard owned by the church of S. Maria ad Martyres (the Pantheon); it was acquired in 1575 by Mons. Innocenzo Malvasia who built the Casino Malvasia there, now on the land owned by the American Academy.
With the construction of Gianicolense Walls, the area of the villa was included within the city and acquired a lot of value and it was then that it was purchased by Barberini family who also built the Casino Barberini which is today the main building of Villa Sciarra. At the beginning of eighteenth century it was for a short period owned by Ottoboni family, to be bought back in 1746 by Cornelia Costanza Barberini, wife of Giulio Cesare Colonna di Sciarra, who enlarged the park which came to include the whole area of Gianicolo and Monteverde between the ancient Aurelian Walls and the new Gianicolense Walls.
The Villa, enclosed and protected within the walls, enjoyed a strategic position from which the city could be dominated; probably, it was for this reason that it was chosen in 1849 by the insurgents of Roman Republic as last defensive bulwark against the French troops who came to aid the Pope.
The area of Villa Barberini Sciarra was a natural bulwark of Rome, in fact the republican troops blew up the arches of Ponte Milvio thus closing the possibility of arriving from the Via Salaria and perched them in the triangle between the ancient Porta Aurelia (today called Porta San Pancrazio), Porta Portese and the top of Janiculum, an area well defended by the new Janicolense Walls. It was the same position that allowed to control ancient ford of Tiber that favored the development of ancient Rome.
The defenders of the Roman Republic were castled by Villa Sciarra for over a month and from there they defended themselves from French attacks. In the night between 21 and 22 June the French troops entered the Villa from open holes in the walls and the fighting continued also in the garden where the French created a new trench line before another offensive. The park was devastated and main Casino seriously damaged, much worse happened to the other buildings such as Villa Malvasia and another one further downstream which were destroyed.
After the end of the Roman Republic, the Barberinis restored the Casino and the park that often housed the high society of Rome which has now become the capital of the Kingdom of Italy. The guests included nobles, politicians, wealthy bourgeois entrepreneurs, artists and writers. Gabriele D'Annunzio, a personal friend of Maffeo II Barberini Colonna di Sciarra, set the duel between Andrea Sperelli and Giannetto Rutolo, characters from the novel "Il Piacere", at Villa Sciarra.
But Prince Maffeo II Barberini Sciarra ventured into wrong speculations and was gradually forced to sell the villa; in 1889 a subdivision of the large park was made after an agreement with the Municipality of Rome and the Italian Land Company to make the area buildable - thus the Monteverde Vecchio neighborhood was born-. The Villa, on the other hand, was put up for auction and purchased by a couple of wealthy Americans George Wurts, a garden enthusiast, and his wife Henriette Tower, a wealthy heiress of Philadelphia.
The Wursts in the Villa carried out many works in the villa and gave it a neoclassical imprint but what most struck the inhabitants of Trastevere were the peacocks, exotic animals that the two extravagant millionaires left free in the park of the villa which took the name of "Villa of the White Peacocks ".
George Wurst's passion for gardens led him to redesign the park of about 7 hectares where he made settle numerous eighteenth-century sandstone statues originating in Visconti Palace in Brignano Gera d'Adda, in province of Bergamo, which had fallen into disrepair and sold at auction in 1892.
The villa became the setting for the spring festivals that George Wurst, secretary of the American legation and his wife, the very wealthy heiress of Philadelphia Henriette Tower, offered to the diplomatic corps and Roman high society every Thursday in ... 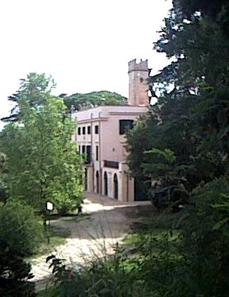 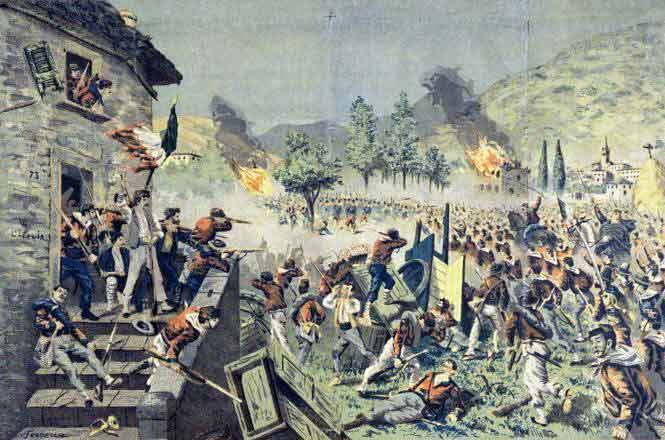 The defenders of the Roman Republic at Villa Sciarra 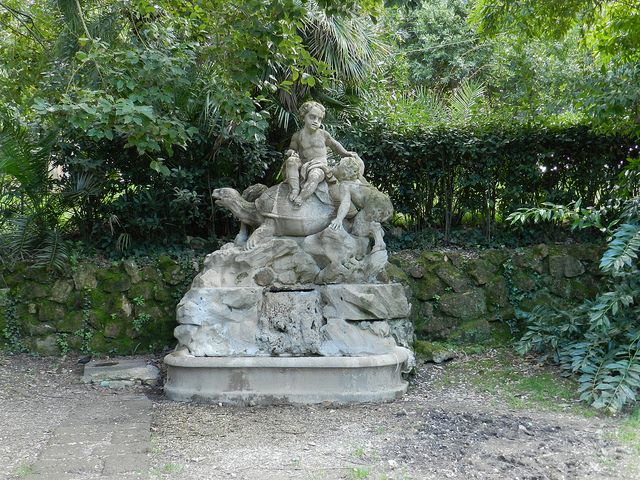 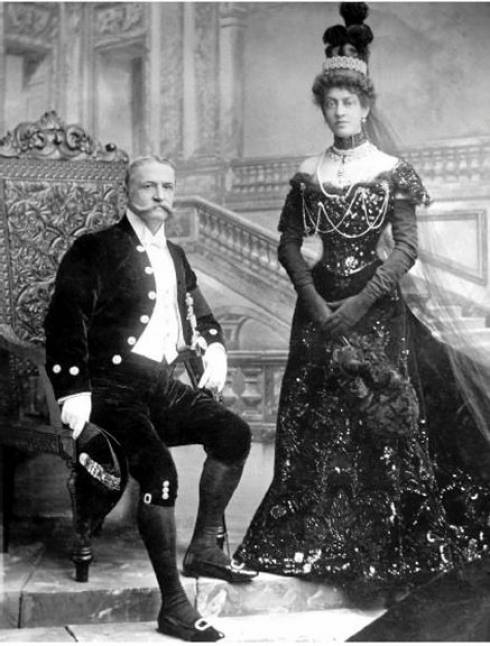 A white peacocks at Villa Sciarra – an old photo 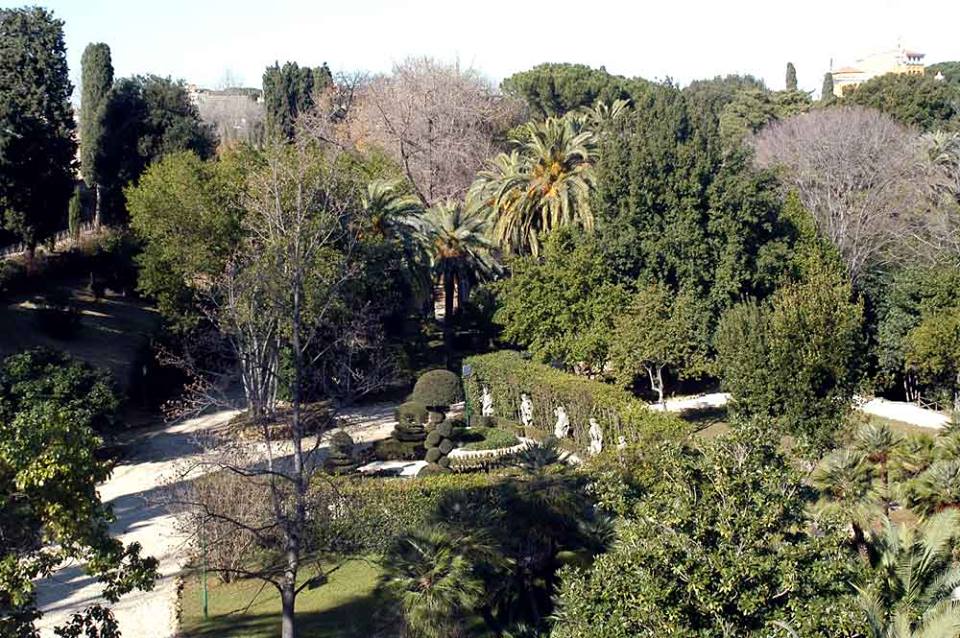