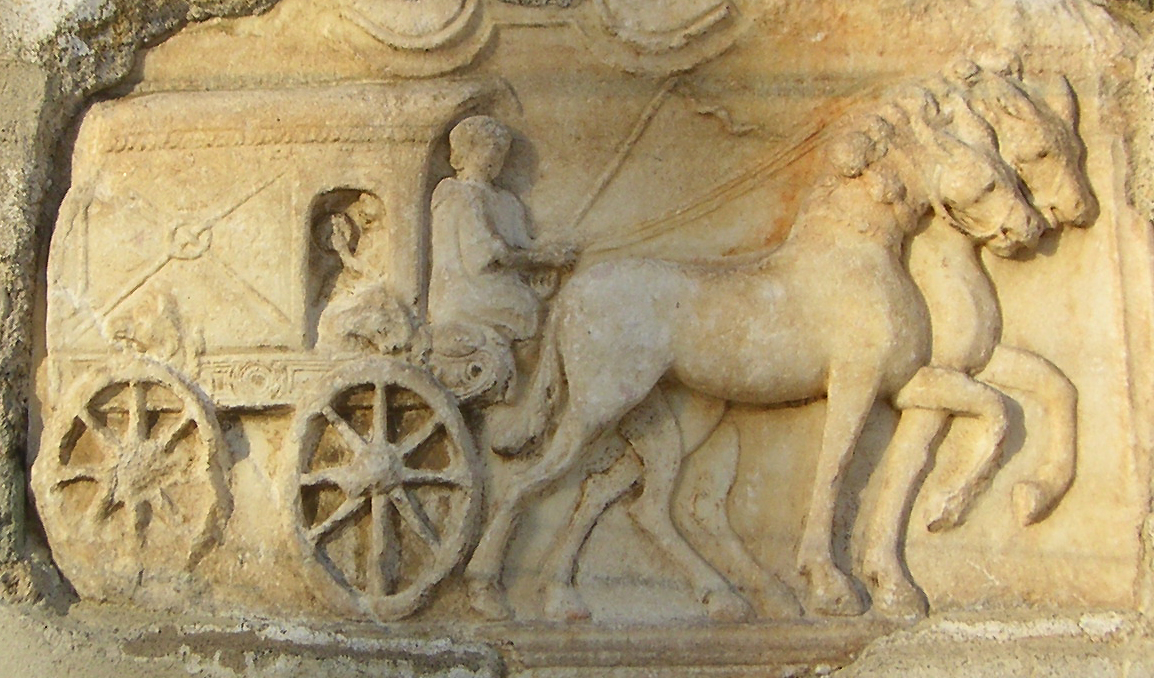 One of the meanings of taberna deversoria is "inn"; with this name Varrone indicates it in his De Re Rustica, or as a taberna that was located along the roads that connected cities and small inhabited centers and that was created by a dominus fondi as an activity alongside the agricultural one and which consisted in offering travelers a place to stop and where can eat.
The taberna deversoria was therefore located along the roads traveled by wayfarers and could also be a sort of hotel and also many were the names with which it could be indicated: taberna vianiaria , cauponia, hospitia stabularia.
When Rome became the capital of a large state, its administration became complex and for the many issues that could be resolved centrally only, there was a continuous influx of officials and citizens who were forced coming to Rome from the provinces and also stay for long periods; this was the main reason because began to be tabernae deversoriae also in Rome.
In the city the taberna deversoria was clearly a temporary, more or less long, type of accommodation, where life was quite uncomfortable due to the lack of privacy and the crowding of the rooms due to both the guests and the numerosity of attendants. In fact, the tabernae deversoriae were normal insulae in which not apartments were rented but rooms or even bed places only. In fact, it could also happen that only some rooms or some floors of the insula were destined for this activity which carried out in Rome became a real activity for which servants were also destined.
Each taberna deversoria had a deversitor who was an appointee (institores) of the dominus and who was entrusted with the management of the activity together with a familia, made up of slaves and servants, and the insularii also these servants but with responsibility tasks such as example the control of fires and lamps which represented one of the most frequent origins of fires.
Petronius in his Satyricon describes how a tabernacle was organized and how life was carried out within it; guests could be passing through like Eumolpus and Encolpius, who share the room with others, but also more stable like an old matron and an alius who pay a rent to occupy a cubiculum alone.
Evidence of the taberna deversoria can be found in various writings by Cicero who provides indications on this type of taberna instructa, intended as a place of activity that consisted in the provision of hospitality services for short but also longer periods.
Cicero speaks about taberna deversoria in his Epistles to his friends and describes it as an investment to the owner can also make a lot. Cicero himself should have stayed in a deferential taberna when in 48 BC, after Pharsalus, he tried to return to Rome without being recognized. He himself, in addition to being a skilled speaker, was also a shrewd businessman and ended up buying a taberna deversoria for 30,000 sesterces: the Taberna de Canuleio. Cicero's inn kept the same name as the first owner even though he had sold it to a certain Vettienio from whom Cicero bought it. Taberna Canuleia who bought Cicero was quite small because the price paid suggests that it was an insula of only 3 floors , or even occupying three floors of a higher insula ...