The poets in Rome did not have an easy life, they had to have a protector, a patron and the luckiest were those who lived in the first century of the Empire when the convivialities were cheered by the declamations of Virgil, Ovid, Catullus, Martial who composed praising poems to virtues, to the country but also to feelings and above all to love. But two poetesses also sang of love, both of whom are remembered with the name of Sulpicia.
During the reign of Augustus lived a Sulpicia, daughter of Servius Sulpicius and of Valeria sister of Marcus Messalla Corvinus, who wrote elegies; she was an aristocrat who breathed the atmosphere of the culture of writing in the literary circle that gathered around her uncle.
The other Sulpicia lived in the time of Domitian, in a richer and perhaps less moralistic Rome, a century had passed since Augustus' attempt to restore the ancient costumes.
The news about her are those provided by Martial who presents her as his female "double", for how her verses gave expression to the erotic element in love poetry.
Martial talks about Sulpicia in two epigrams of book 10, both in hendecasyllables, from these we know that Sulpicia's love verses are for her husband Calenus to whom she addresses passionate erotic thoughts.
He believed that Sulpicia's verses had to suggest to the spouses the right way to live their relationship and in fact he wrote:

Martial tells everything we know about Sulpicia in the other epigram where he tells that the marriage with Caleno lasted fifteen years, while nothing is known of Martial's relationship with Sulpicia and her husband, but they certainly attended the same literary circle.
As happened for Sappho, Sulpicia owes its survival to a fortuitous comment, that of Giorgio Valla, a fifteenth-century grammarian who found his verses copied in a manuscript together with those of Juvenal. In that fragment, Sulpicia makes a bold and provocative proclamation of female desire and sexual satisfaction and this is what struck all the scholars who have been interested in the text. These are the lines of Sulpicia

These two verses speak of a bed broked due to fiery relations between the spouses and of Sulpicia who naked approaches Calenus; it was an uninhibited sexual provocation also for the customs of Imperial Rome, even more if by a woman within the marital relationship.
Sulpicia was however a well-known poet in Roman literary circles and some scholars are of the opinion that she may have influenced other poets such as Properzio who considers her a follower of Thalia.
But this bond with Thalia is not claimed by Sulpicia but is assigned to her not only by her contemporary poets, but also and above all by Ausonius, Propertius and fifteenth-century scholars who, despite having to recognize her, relegate her to a minor role, not so much for the subject. of her compositions, as well as for the simple fact of being a woman ... 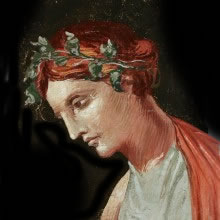 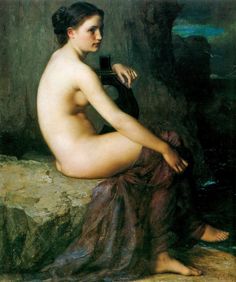 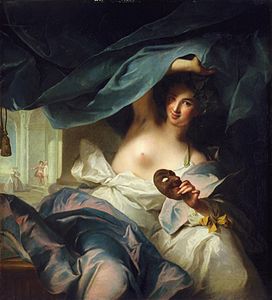 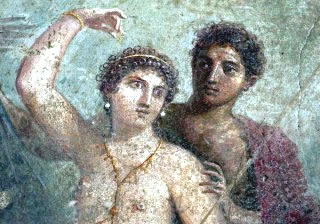