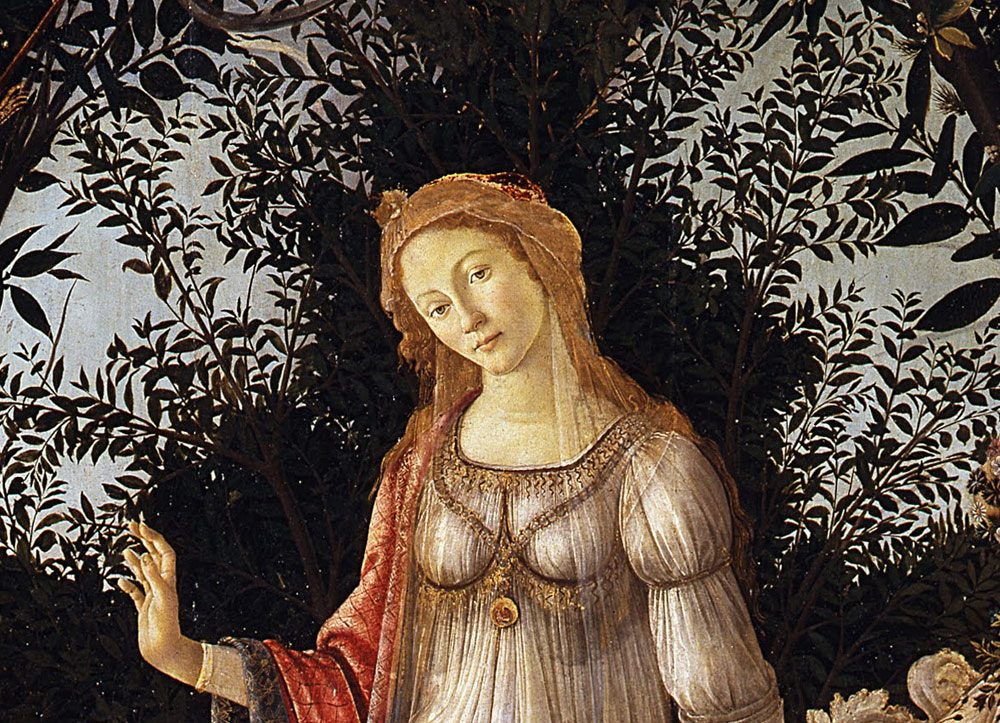 One of the legendary plants of Rome is the myrtle, because it was with the Myrthus that Romans and Sabines purified themselves when the war caused by the Rape of the Sabine women ended with the merger of the two peoples. Legend has it that they did the same place where the collision had occurred and where it was later erected the shrine of Venus Cloacina, the purifying goddess whose plan was just the myrtle.
The name Myrtus derives from the greek Myrtos, the plant that the Greeks used for crowns with which they encircled the head of the winners of Olimpic Games in Elis and whose use was linked to the myth of Myrsinae, an invincible girl in athletic competitions. Her skill was such that the young athletes with whom she competed for jealousy killed her and then Athena turned her into a plant that took her name.
A legend linked to the myrtle is also that of the Dodona oracle prophetess , Myrtila to whom the Boeotians turned when they went to war against the Pelasgians of Attica and both decided to consult the oracle. The priestess Myrtila to Boeotians gave the response "a sacrilege will give you the victory" but they thought that she had agreed with the Pelasgians and decided to kidnap her and threw her into a lebes full of boiling water thinking that if she had betrayed them that was a just punishment and that, if instead, she had told the truth in that way the oracle would have come true.
According to scholars (Mauritius) the sad end of the prophetess emphasizes the passage in the archaic civilizations of the ways of using vegetables from "raw" to "cooked".
But the legends related to myrtle are also those of Myrtò, Myrtine, Mirtilia.
Myrtò was the name of one of the Amazons she fought against Theseus. Again to another Amazon refers the name Myrina, the Libyan Queen of the Amazons of which Diodoro Siculo recounts how she knew how to guide his companions, subject the people of Atlantis and reach to Syria.
The name Myrina was given to her by the gods and means "woman perfumed with ointments" and recalls the fragrance of the essential oil that is derived from the fragrant berries of the plant, while a tradition also recalls that Libya was considered the land where the myrtle cultivation began.
The juxtaposition of the myrtle with the Amazons underlines the close link with the femininity that since the archaic times is recognized to the plant and that, for this, could be the plant of Venus. In the Metamorphoses, Ovid tells that when Aphrodite the day of her birth came out of the sea, in the beach of Kythera, , she hid behind a plant of Myrtle to escape the looks of the satyrs, thus making the plant the symbol of femininity.
The myrtle was known and connected to religious rites from the archaic times: it is represented on a 16th century BC fresco. in the palace of Knossos, in a ring found in Messenia in which a woman is depicted laying a branch of myrtle on a tomb, while one of the first attestations in Italic territory is in a black-figure olpe found in Vulci and dated 520 BC. in which Ephesus and Venus are represented, the first with a stick and the second with a branch of myrtle.
Rome was the city of myrtle and many mythical stories see it as the protagonist. Pliny recounts that at the end of the conflict between the Romans and the Sabines caused by the rape of the Sabine women, after agreeing to become a single people, they "laid down their arms, they purified themselves with branches of myrtle in the place where the statue of Venus Cloacina now stands"; myrtle was the plant dear to Venus and the only one to be used in the celebration of lustratio, the purification ritual.
Again, Pliny reports that among the ancient temples of Rome there was the Temple of Quirinus in front of which there were two plants of sacred myrtle, one was called "patrician" and the other was called "plebeian"; the patrician myrtle was flourishing for many years in all the long years in which power was firmly in the hands of the Senate but after the social war of the beginning of the first century BC, what Pliny called Marsican war when the populares who supported the plebeians took the power with Marius, it was the plebeian myrtle that became lush while that of the patricians began to turn yellow and became fruitless ...