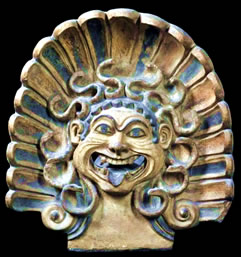 Livy reminds on July 18, 478 BC as the dies Cremerensis, the day of the Battle of Cremera; It was one of the bitterest defeats to Roma who had to lose all Fabia gens to understand that he could obtain supremacy only with union of all its peoples.
The gens Fabia was with Romulus at the Rome foundation and was the star of the Rome history for more than three centuries; belonged to the gens Fabia also the consuls of the first two decades of the republic, rather it would be correct to speak of a family who ruled Rome in the early years of the Republic.
In the Fasti for seven years in a row, 485-478 BC between the consuls is mentioned a representative of the Fabii, then nothing for over 10 years; according to the chroniclers in 478 BC It came the battle of Cremera where the gens Fabia was almost annihilated.
Three brothers of the gens Fabia, Quintus Fabius Vibulanus, Caeso Fabius Vibulanus and Marcus Fabius Vibulanus were rolling one consul of Rome and had not always found in agreements accordance with other gens about the conduct of the war and this led them to an initiative which fortunately does not repeat itself more to Rome.
At the beginning of the sixth century BC, Rome was at war with all neighboring peoples and in 479 during yet another war against Veii the Caeso Fabius Vibulanus consul managed to save his colleague Titus Vergil but the war with Veii entered a phase stall. Rome in the same periods was committed against the Equi, against the Volsci, Sabini and against the whole of Etruria; comparing with Veii it was not resolved and the city was considered an enemy "most stubborn that serious", but its continuous raids took away security throughout the territory.
The possessions of the gens Fabia were located precisely in the area bordering the territory of Veii, and probably it was the constant risk to which were subjected their properties and those of their clientes to induced the gens Fabia to make an unusual proposal to the Senate of Rome .
In 479 BC, Caeso Fabius Vibulanus is presented in the Senate has declared that the Fabii would be engaged in the war against Veii considering it a family affair:

Vos alia bella curate. Fabios hostes veientibus date
You dedicate yourselves to other wars, and let them be the Fabii to be enemies of Veii

The gens Fabia with its 300 men and 4000 clientes, left Rome from Porta Carmentalis and marched towards the territory of Veii placing its fortified camp along the Cremera and the siege of the city of Veii.
The war between Veii and the Fabii was not only a succession of raids and sorties but there were also clashes in the open field but were inconclusive; so it was that Veii decided to implement a elusion strategy to bring down the Fabii army in the deception to feel superior and for that rash.
The warriors of Veii fled and seemed afraid of the Romans who were becoming imprudent, came attract in a valley by following a group of enemies and suddenly from the surrounding hills appeared the Veii army that encircled them ...