The cipher of Julius Caesar 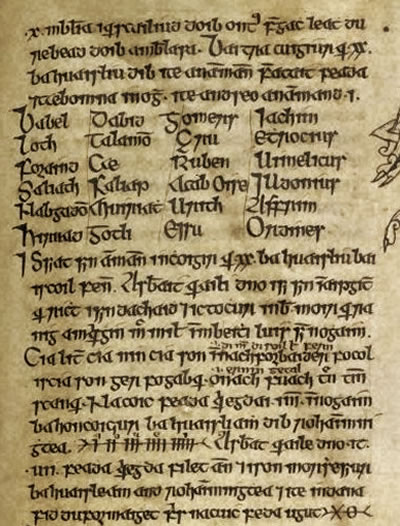 Julius Caesar had developed an encrypted code to send his confidential messages but also used other cryptographic techniques, so much so that Valerio Probo wrote an entire treatise on the subject, which unfortunately was lost. The cipher we know today is the one that Suetonius describes in his "Life of the Caesars".
The need to send messages that had to remain secret to the adversaries has very ancient origins and in Greece already in the VIII-VII century. B.C. a technique called steganography was used, ie the text was physically hidden. Herodotus tells of how the tyrant of Miletus, during a war against Persians, to send a message to a possible ally he had the skull of a messenger shaved, write the message and after the hair had grown back he sent it to the recipient. The same technique includes the use of "nice inks", starting with the well-known lemon juice.
A different technique, the transposition of the letters of the message, was used by the Spartans who invented the scital or scythe, an instrument with Ephors sent secret messages to the generals engaged in war. The technique required the use of two twin sticks and a long strip of parchment which, wound on the sticks, had the message engraved lengthwise; the correct decryption of the message depended on the diameter of the twin sticks, one of which was needed by the sender to write the message and the other one by the recipient to decrypt it.
Julius Caesar surely knew the scital and perhaps also the secret writings of the Old Testament, of which the Atbash can be considered the first true cipher code which consisted in overturning the alphabet so that the first letter became the last and the last the first and, subsequently, all the others.
IIn this case the message was encrypted by transposition and this is the technique that Julius Caesar also adopted and Suetonius in De Vita Caesarum describes it as follows:
... si qua occultius perferenda erant, per notas scripsit, id est sic structo litterarum ordine, ut nullum verbum effici posset: quae si qui investigare et persequi velit, quartam elementorum litteram, id est D pro A et perinde reliquas commutet.
Julius Caesar replaced each letter of his messages with the letter found three positions later in the alphabetical order; so every A became D, every B became E and so on, the last three letters of the alphabet were replaced by the first three.
For example using the Caesar cipher the phrase:

Omnia Gallia est divisa in partes tres
became
RPQND LDOOND HVZ GNBNVD NQ SDUZHV ZUHV
The code now known as Caesar's Cipher is one of the oldest cryptographic algorithms.
The Caesar cipher does not use any key, the simple knowledge of the algorithm allows to break its cipher (technically, it is not a cipher), however in its simplicity in Caesar's time it was sufficient to protect the information because people able to read they were very few.
The need to send encrypted messages was due to the ease of being intercepted by enemies and rivals and, probably Caesar knew that his enemies in Gaul and Germany also used their own secret writing. the custodians of this secret script were the Druids, the priests of the Celts, who always used a secret language with which they "protected" their knowledge and mysteries of their rites.
The Druids in fact had a real secret alphabet called Ogam, or arboreal writing, which in addition to a clear meaning of the signs, therefore everyone was able to understand, also had a secret meaning that had to be interpreted and this was the knowledge of Druids.
In history of Rome, Caesar was the first to be concerned with establishing a way to protect information; his successor Augustus will also worry about the need for secrecy, using a more complex cipher; a key text was added to the text to be encrypted, by adding the distances from the beginning of the alphabet, so only those who possessed the key text could bring the encrypted message back to the original.