The bacchanal scandal of 186

One of the most important inscriptions from the Republican age that have been found is the Senatusconsultum de bachanalibus, discovered in the 17th century in the territory of Bruttium (today's Calabria). It is an edict issued by the consuls of the year who implemented the rules indicated as appropriate by the Senate of Rome and thus from the Idi of October 186 BC. The orgiastic rites were forbidden in the Bacchanalia.
In that year they were consuls Quintus Marcius and Spurius Postumius, who had already intervened to interrupt the rites of the followers of Dionysus who by their very character induced the followers to behave intolerable according to Roman ethics, but then decided to make it law the indication given by the Senate of Rome, the Senatusconsultum, and valid in all lands of Italic peninsula.
The background for which this provision was reached was recounted by Tito Livio (Ab Urbe condita Lib. XXXIX), at least as regards the characters involved and the dynamics of the events, while the descriptions of the religious phenomenon in which the Bacchanalia were framed must be considered critically.
The narration of Livy seems at times a comedy that takes place with the rhythms of tragedy where real characters interact with characters created by the historian's imagination in the name of a simple political opportunism.

Nec unum genus noxae, stupra promiscua ingenuorum feminarumque erant, sed falsi testes, falsa signa testamentaque et indicia ex eadem officina exibant: venena indidem intestinaeque caedes, ita ut ne corpora quidem interdum ad sepulturam exstarent. Multa dolo, pleraque per vim audebantur.
And not only one was the kind of guilt, the violence hit free men and women without distinction; but false witnesses, falsification of seals, wills and proofs came out of the same shop, and always from there poisons and internal massacres, so secret that sometimes not even the bodies remained for burial. Much was dared with malice, more with violence.

The setting is that of the Aventine lucus, an area of the city where the plebeians, who became rich with trade, had their domus and their temples and in its lucus (groves) they used to meet several times a month the followers of Dionysius. However, according to Livy's story, the Dionysian rites did not have a great diffusion until a priestess from Campania arrived in Rome, Paculla Annia to whom some changes seem to be attributable, among which the most important is that the rites were no longer reserved only for women but open.
The cult of Dionysus had arrived in Rome as early as the 4th century BC after contact with the cities of Magna Graecia; at the beginning he was assimilated to the archaic god Liber who was considered like him the god of the primeval force of life. There were festivals in which Liber was celebrated, these fell on March 17 in spring and October 15 in autumn during the harvest.
This archaic divinity that united in itself elements of the feminine and masculine then underwent a splitting into Liber Bacchus and Libera who went to constitute with Demeter the plebeian triad that had the Aventine as its place of worship as opposed to the Capitol where the patrician triad was Jupiter-Juno-Minerva. The rites of the priestesses and fadepts of the cult did not contemplate the presence of males as in the archaic rites of Carmenta which took place precisely in the lucus on the Aventine and whose attendance was forbidden to males as Hercules himself experienced when in archaic times he found himself to pass through Rome.
Pacullia Annia, instead, let her two sons join in the celebrations, thus opening up to men too and it was one man who was the pivot of the scandal that led to the Senatoconsultus.
In his account of the scandal, Livy drew information from Valerius Antias and also provides the names of those involved.
The story had as an unaware victim a young man named Ebutius who, in order to please his mother Duronia and stepfather Sempronio Rutilio, had the intention of joining the cult too and had agreed to submit to initiation rites. The mother, already a follower of the Dionysian rites officiated by Paculla Annia, claimed to have made a vow to Dionysus to make his son become an adept if the god had protected him during a serious illness ... 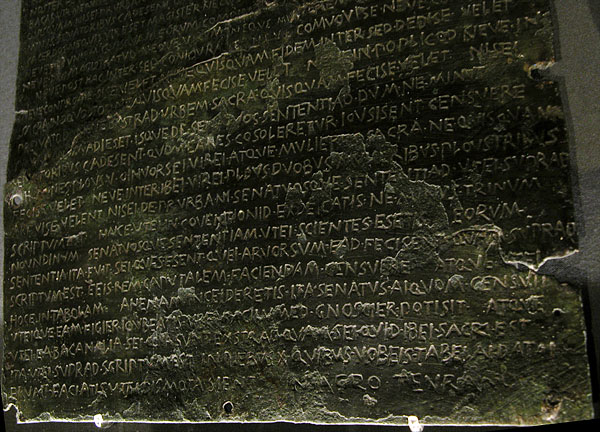 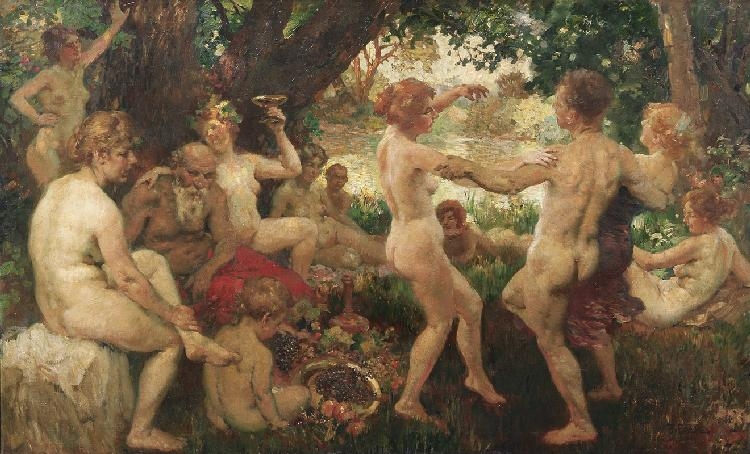 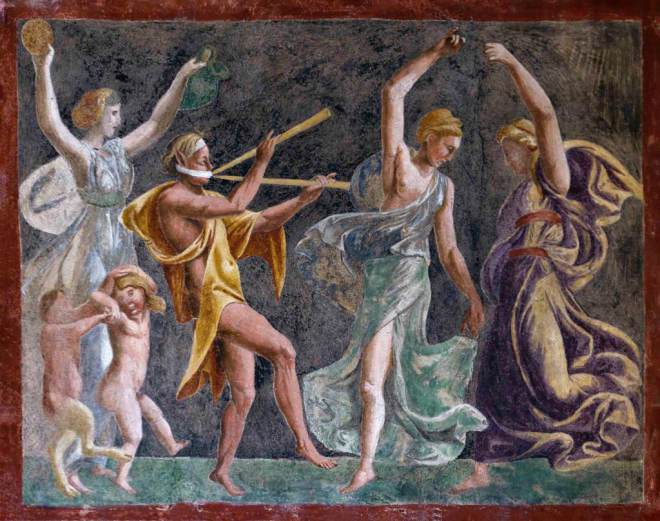 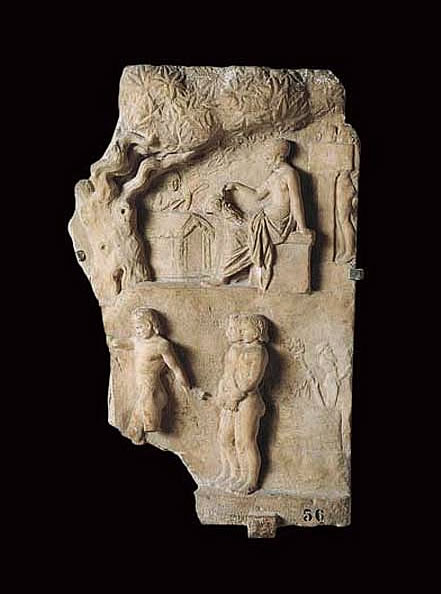 Bas-relief depicting the initiation rite into the Dionysian cult, found in the Horti di Mecenate, 1st cent. BC - Capitoline Museums, Rome IT 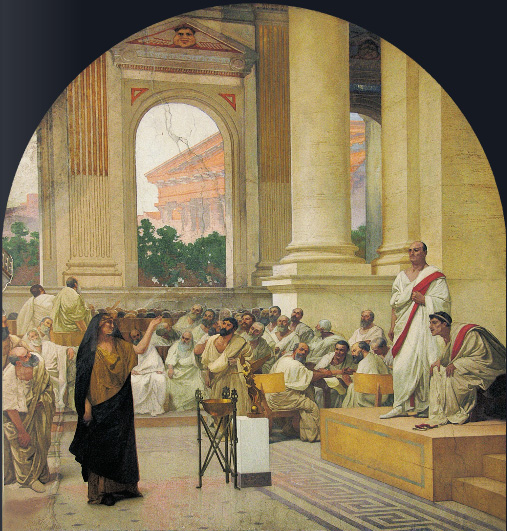 Cesare Maccari, fresco, Fenenia Hispala denounces the conspirators of the Bacchanalia of 186 BC - Palace of Justice of Rome